Lou Leonardi was born in 1976 in Siena, Italy and he is a blues and rock’n’roll passionate guitar player. Considered one of the most inspired guitar players of the local music scene Lou is been part of many local band starting from 1990 period while he’s been playing with The Sysiphus, The Blues Bound Train featuring the australian blues singer Francesca Andreoni and The Rockers known as one of the most active local “sixties style” beat band in town.

In 2000 he moved to New York City where he’s been hosting jams in diffrent club and playing with the guitar player Joe Taino. Back to Italy he founded Lou & The Blues that has been hitting stages all around Italy for more than ten years playing in festival like Torrita Blues, Rocce Rosse Blues in Sardinia, Woman In Blues in Ceccano, Vicenza Blues, Blues DiVino, Trasimeno Blues and many more. The band has been backing up musicians such as Shana Morrison, Volker Strifler, Andy Just, Tia Carroll flying over California and playing live in some of the coolest clubs in San Francisco, one for all the Bisquits And Blues.

After the last tour in California in 2010 Lou & The Blues broke up and Lou took a break from the blues scene founding a rock’n’roll trio named Jaguari that is still hitting the road and has been playing more than 700 shows around Italy playing classic from the sixties with a cool and personal style. The band recorded in 2016 the album “Crisi Di Mezza Età” that brought the band straight to Milan inside the “Accademia del Suono” and later on into the famous “Abbey Road Studios” where they completed their rocording sessions.

Lou Leonardi deeply loves music, guitars and life being a full time dreamer and a simple man that loves to be on stage sharing emotions with his bands friends and the audience. Hoplessly devoted Fender‘s lover and Telecaster addicted he’s a musician with an original and unique taste and sound. 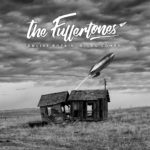